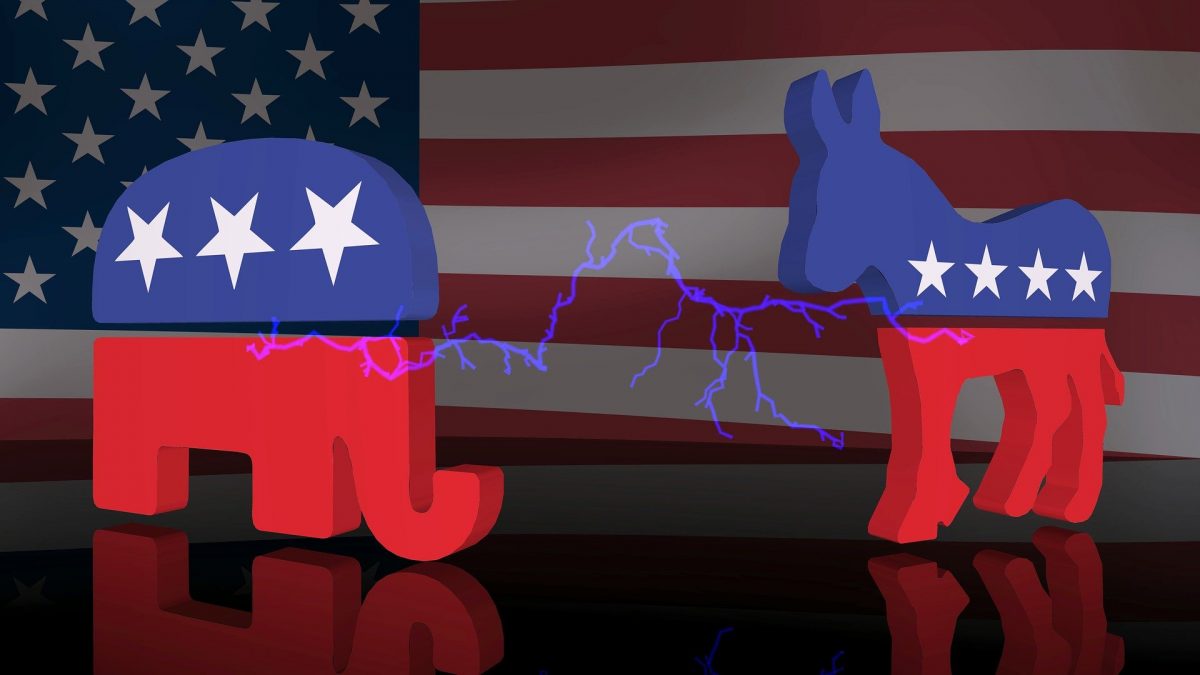 Betting on Presidential Debates and the Election

As with any presidential election, the run up to Election Day is eventful. Whether it is the Presidential or the Vice-Presidential debates, sports betting is allowing people the opportunity to win cash on it all. According to DraftKings, their Sportsbook is giving bettors located in certain states the ability to win in a free-to-play $50k pool during the first Presidential debate on September 29.

Broadcast on several prominent networks across the country, this debate, which will be held in Cleveland, offers the candidates their first face-to-face opportunity to address several of the country’s most pressing issues. These issues will range from the coronavirus to the economy to the integrity of the election. The 2020 Presidential Debate pool at DraftKings Sportsbook will require no entry fee, is available to users of the sportsbook and will pay out over 4,000 winners. Sportsbook users will have an opportunity to make wagers on 10 different questions and can lock in their answers right up until the start of the debate. According to DraftKing, all prize money, which will total up to $50,000, will be distributed on Wednesday, September 30.

While it is still illegal for betting in the United States to occur for the actual presidential race, earlier this month the betting average at UK books showed the race rather close. The most recent betting rates show Biden holding a 53 percent chance of winning, to Trump at 46.3 percent. PredictIt, a New Zealand-based prediction market and online betting exchange that offers prediction exchanges on political and financial events, has the Democratic candidate a heavier favorite. These recent betting rates take into account national polls released each week. For example, in an ABC News/Washington Post national poll released this weekend, Biden was favored by 54 percent of likely voters, with Trump at 44 percent.

With the Nov. 3 election just a few weeks away, there are continuing warnings from the hospitality sector about the impact from the pandemic. MGM Resorts has already permanently laid off some 18,000 positions nationwide and more industry layoffs are likely. Tribal casinos also report financial challenges. But neither presidential candidate has made it a top priority to bail out casinos. Rather, Presidential contenders Donald Trump and Joe Biden are more focused on trying to capture the support of voters concerned with the gaming industry. Each candidate’s positions differ though based on who they are reaching out to: casino owners or union members.

Casino owners are concerned about revenue and bringing back lost business. Casino workers on the other hand are more concerned about their safety. President Trump, the Republican incumbent who used to own several gaming properties, wants all businesses, including casinos and related venues, to reopen as quickly as possible despite coronavirus risk. Therefore, from the point of view of casino owners, Trump is preferable. This has led to many wealthy casino owners donating to President Trump’s campaign.

According to recent FEC filings, high-profile casino owners such as Las Vegas Sands billionaire Sheldon Adelson and Red Rock Resorts owners Lorenzo Fertitta and Frank Fertitta III are major donors to the Republican Party and to the Trump campaign. On the other hand, Biden, the former Democratic vice president, has proposed another lockdown if COVID-19 sees a resurgence in the winter. This has made Biden the preferred choice when looking from a worker safety point of view. Several powerful casino unions, such as Nevada’s influential Culinary Union, have endorsed Biden. Biden has even called upon Station Casinos and its parent company Red Rock Resorts to negotiate immediately with union workers at several Nevada casinos.

Election and the Online Gaming Industry

According to gaming experts, as far as brick-and-mortar commercial gaming properties are concerned, the presidential election will have minimal direct impact on the land-based casino industry. This is the result of the industry as a whole moving past its pariah status and having both political parties respect the rights of the individual states to determine whether to have land-based casinos and how to best regulate them. More likely than not though, the choice of president could impact the regulatory and legal climate for online casinos and gambling.

The Wire Act, a United States federal law prohibiting the operation of certain types of betting businesses in the United States, is at the center of this debate. The U.S. Fifth Circuit Court of Appeals has ruled that the Wire Act prohibition on the transmission of wagers applies only to sports betting and not other types of online gambling. The Supreme Court has not ruled on the meaning of the Federal Wire Act as it pertains to online gambling. In an opinion issued in November 2018 and published in January 2019, the Department of Justice stated that the Federal Wire Act applies to all gambling and not just sports betting. However, as recently as June of 2019, a District Court Judge issued a summary judgment that the Wire Act is limited to sports gambling and set aside the 2018 DOJ opinion.

During President Trump’s first term, the Department of Justice (DOJ) has argued in court for harsher restrictions on online betting and continues to oppose the rights of states to offer internet gambling. These efforts have continued to fail in court. With the DOJ’s continued failure in court, many states have completely disregarded President Trump’s efforts to restrain online gambling and close to 17 states have started offering online sports wagering. In contrast to President Trump, Joe Biden told a Culinary Union audience in December of 2019 that he opposed adding “unnecessary restrictions” to the gaming sector and these comments were taken to be in reference to the Wire Act.

With the upcoming election and the rise of sports betting in many states, it is a perfect time to rethink and update security and other administrative practices at casinos. Switching to Casino Schedule Ease will help businesses run more efficiently and smoothly while also simplifying the chaos of scheduling and managing a staff 24/7. This next-generation casino and table game scheduling software delivers the most flexible, user-friendly, customizable, and mobile-accessible experience found anywhere. Utilizing the cloud, this scheduling software hosts, maintains, and backs up all records so casinos are not forced to use their own network resources. Furthermore, Casino Schedule Ease relies on BioStation T2, a state-of-the-art system that requires employees to clock in and out using their fingerprints and takes a photo of the employee so that exact clock in and out times cannot be misrepresented. Casino Schedule Ease is the best thing that could happen to your casino operations.