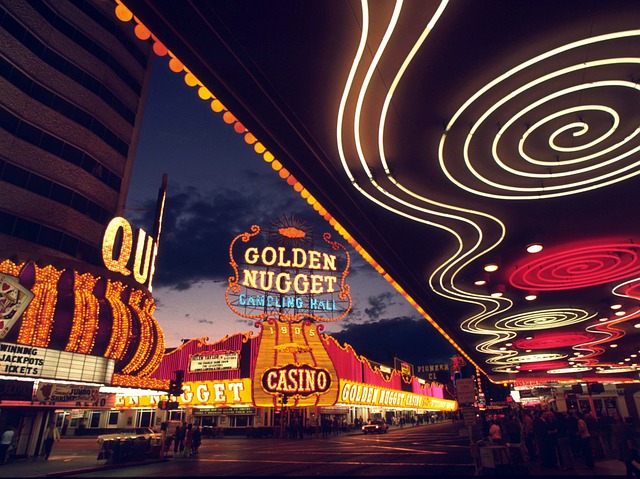 From the very inception of Las Vegas, it flew in the face of longstanding conventions, yet is has continued to survive and avoid fizzling out as a passing trend. The city is a true hub of innovation that spans all industries and disciplines, including architecture. While most people probably wouldn’t think of the city as a design marvel, it achieved something truly spectacular that has continued to serve as a model of city planning. The popularity of Las Vegas has also provided valuable insights into what people actually like when it comes to aesthetics.  These factors have put a lasting mark on American culture and changed the trajectory of architecture. In this post, we will take a closer look at just how all this came about.

In the early 1960s, Modernism had taken over and designers were gravitating towards sleek and minimalist buildings that could be cheaply constructed using concrete, steel and glass. They were rejected the frills that defined many classic buildings. This movement was so sweeping that it didn’t just affect new builds. Many architects were pushing to have old buildings torn down and replaced with new modern alternatives. There was little appreciation for the historic significance of existing architecture or what it might teach us.

Meanwhile, in Las Vegas, construction was continuing to ramp up and they clearly couldn’t care less about Modernism. From signs to buildings, Las Vegas was all about big, bright and bold. They weren’t trying to limit frills. They were trying to add as many as possible. An entire city, that didn’t feel bound by traditional rule of architecture, was rising up out of the desert.

Architects tended to scoff at the city and consider it an ostentatious mess, Denise Scott Brown recognized that there were important lessons to be learned from Las Vegas. As a young architect, she was immediately drawn to the city and it didn’t take long to recognize that Las Vegas had actually done a tremendous job in city planning. More and more Americans owned their own cars and the wide roads along the strip were driver friendly. In addition, all the large, garish signs actually achieved a bigger purpose: They were perfect way-finding tools that helped draw in customers. Las Vegas was incredibly functional in a way that most big cities weren’t.

Build it and They Will Come

Modernism also seemed to be quite short-sighted in the way it viewed how people interacted with their buildings. Essentially, people who were using these common spaces had no say in whether they like Modernism or if they preferred more classic design. Architects were hired, plans were made and new buildings were constructed. The actual occupants had little say in the matter. Although, if foot traffic is any indication, Americans preferred the glam and glitz of Las Vegas. Even back then, people were flocking to the city. Today, it hosts tens of millions of visitors, which is more than other iconic cities like Paris. 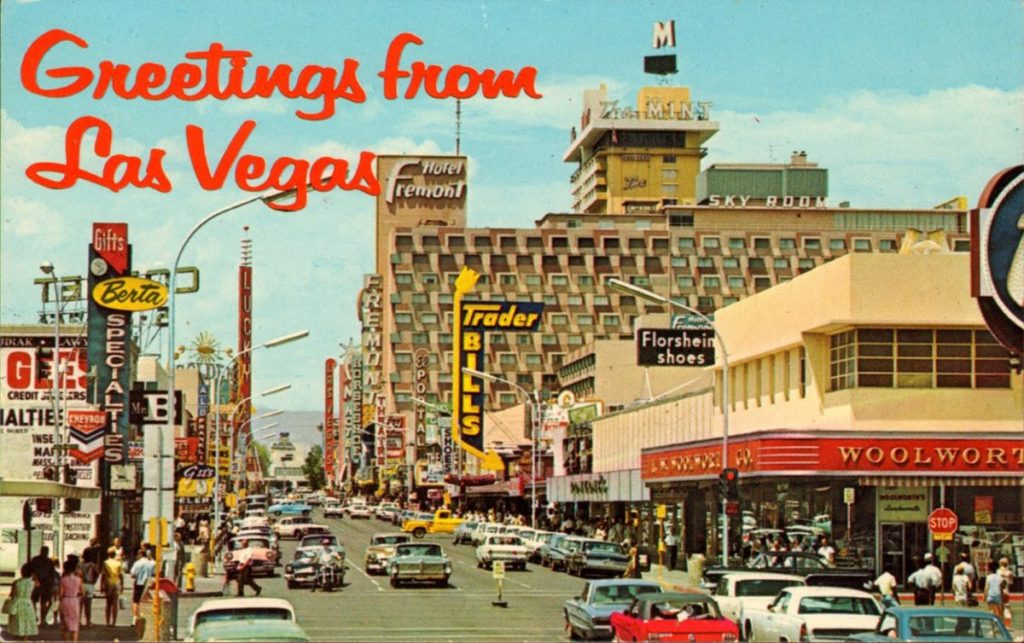 In 1972, the book Learning from Las Vegas was published and architects were forced to rethink their support of Modernism. This seminal work was written by Denise Scott Brown, Robert Venturi and Steven Izenour and gave rise to a period of Postmodernism. Through their work, they made the argument that buildings should be designed with a  purpose in mind while also considering the types of places people love. Their ideas took hold and buildings became better tools for the public.

The Next Phase of Vegas Architecture

While Learning from Las Vegas and the architecture of 1960s Las Vegas was certainly influential on a massive scale, this movement also eventually died out. Another defining characteristic of Las Vegas is that it is always in a state of change. This ability to remain flexible and meet the needs of new and emerging customers have been at the heart of its survival. It also means that casinos are often destroyed and rebuilt again to reflect the times.

Today, world-class architects are being hired to appeal to Millennials who enjoy urban spaces. These casinos will surely succumb to future trends as Las Vegas continues to be a shape shifting and incredibly influential city. If you want to see the future of architecture, Las Vegas may be the place to look. No other city is quite as daring or equally geared towards innovation in all its forms. 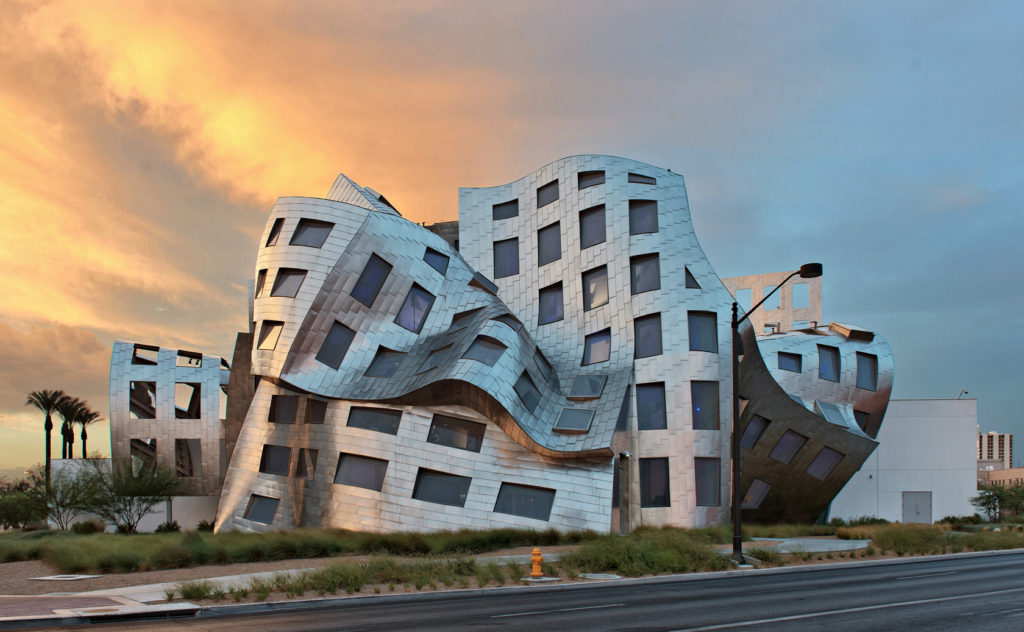 This building was designed by the famous Frank Gehry and is a perfect example of his unique style. The building looks like something out of a fairy tale and is a truly impressive feat of design and architecture even if you aren’t a fan.  It features swooping metal arcs and rooms that appear to be melting into one another. The interior is even more mind-boggling, yet also super efficient and functional since this building hosts patients. 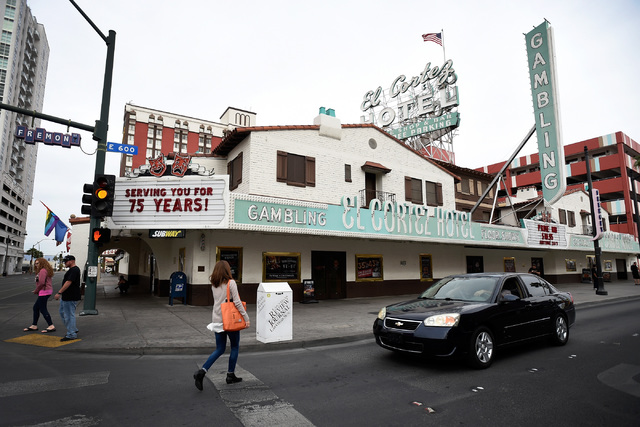 If you are interested in seeing parts of Las Vegas that have survived countless rebirths, then be sure to visit the El Cortez Hotel and Casino, which opened in 1941 and holds the record of being the longest running casino. It showcases the Spanish revival style that can be see in other parts of the city.

The Luxor Hotel and Casino

If you have never visited Las Vegas before, there are any number of impressive hotels and casinos along the strip. One of the more classic landmarks is the Luxor, which is built to replicate the Egyptian pyramids and incorporates several architectural styles. It also provides a great photo opportunity.

Las Vegas is much more than bright lights and gambling. It is a city with a rich history that has influenced the way the rest of America thinks about architecture and designing cities. Looking forward, it continues to serve as an incubator for innovative ideas that include everything from cutting-edge software, like Casino Schedule Ease, to gaming stadiums that are changing how people compete and socialize. The city serves as a good example of what can happen if you don’t fee limited by conventions.

One thought on “How Las Vegas Influenced American Architecture”